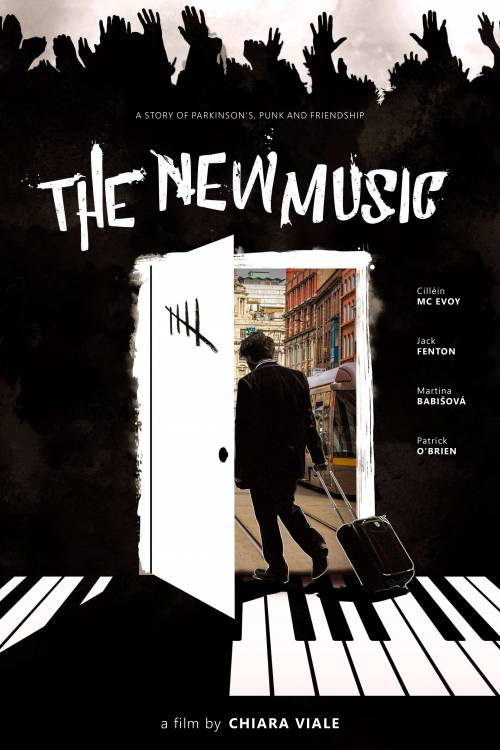 “Director Chiara Viale is Italian and her camera chases about the Dublin streets looking for fun and good times – it made me desperate to get on a plane and go somewhere, to see something new."

“Its feelgood mood is hard to resist.”

“Made with warmth and sincerity”

“This aspirational indie film has a heartfelt message”

“Tunes are at this Irish toe-tapper’s heart – and David Sangster’s original score hits all the right notes.” - The Sun

Winner of The Spirit of IndieCork Award at the IndieCork Film Festival and selected for the 2020 Chicago Irish Film Festival , THE NEW MUSIC is an apt reminder of how negatives can open the door to positives when you don't let life's obstacles grind you down.

THE NEW MUSIC follows the story of a classically trained pianist Adrian (Cillein Mc Evoy) who has a promising career ahead of him, all to be taken away after a Young Onset Parkinson's disease diagnosis. He runs away from the control of his up-tight family and finds a room in an apartment in Dublin with punk band members Will (Jack Fenton), David (Patrick O'Brien) and Jodie (Martina Babisova) known as The Cellmates, who are everything but up-tight. He bonds with them as their rebellious and punchy music provides an exciting distraction to his troubles and a sharp contrast to his previous life.

Made the with support of Young Parkinson's Ireland.

"This is an energetic, blood and sweat kind of film, it's got something to say, there's attitude here." The Dublin Inquirer