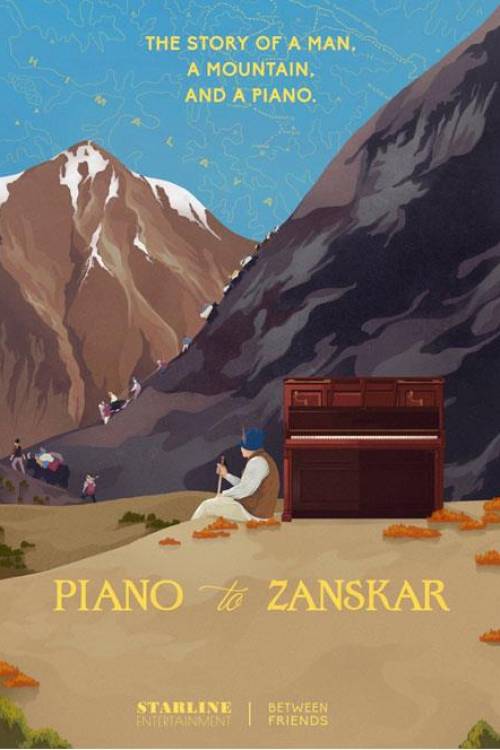 The Story of a Man, a Mountain… and a Piano.â˜…â˜…â˜…â˜…â˜…"Hits sweet notes”The Hollywood Reporterâ˜…â˜…â˜…â˜…“Delightfully, disarmingly surreal”HeyUGuysSetting off from his Aladdin’s Cave-like workshop in trendy Camden Town, and enlisting the help of two young and eager apprentices, 65 year old piano tuner (Desmond O'Keefe's) ambitious destination is a primary school in Lingshed, Zanskar. At 14,000 feet above sea level, it is one of the most isolated settlements in the world.

Aided by a team of local Sherpas, as well as a motley crew of yaks and ponies, Desmond and his trusty assistants are tested to the limit, physically and psychologically, as they cross sheer mountain passes of breath-taking beauty. If successful, the expedition will be the highest piano delivery in the world. More importantly, it will be the ultimate gesture of music’s universal power: to inspire strength and bring joy.Features an original music score by Werner Herzog collaborator, Ernst Reijseger ('Cave of Forgotten Dreams')Desmond O’Keeffe (1949 – 2018) – piano tuner, mountain climber and star of Michal Sulima’s critically acclaimed PIANO TO ZANSKAR – has sadly passed away. He will be fondly remembered as one of life’s rare gems.