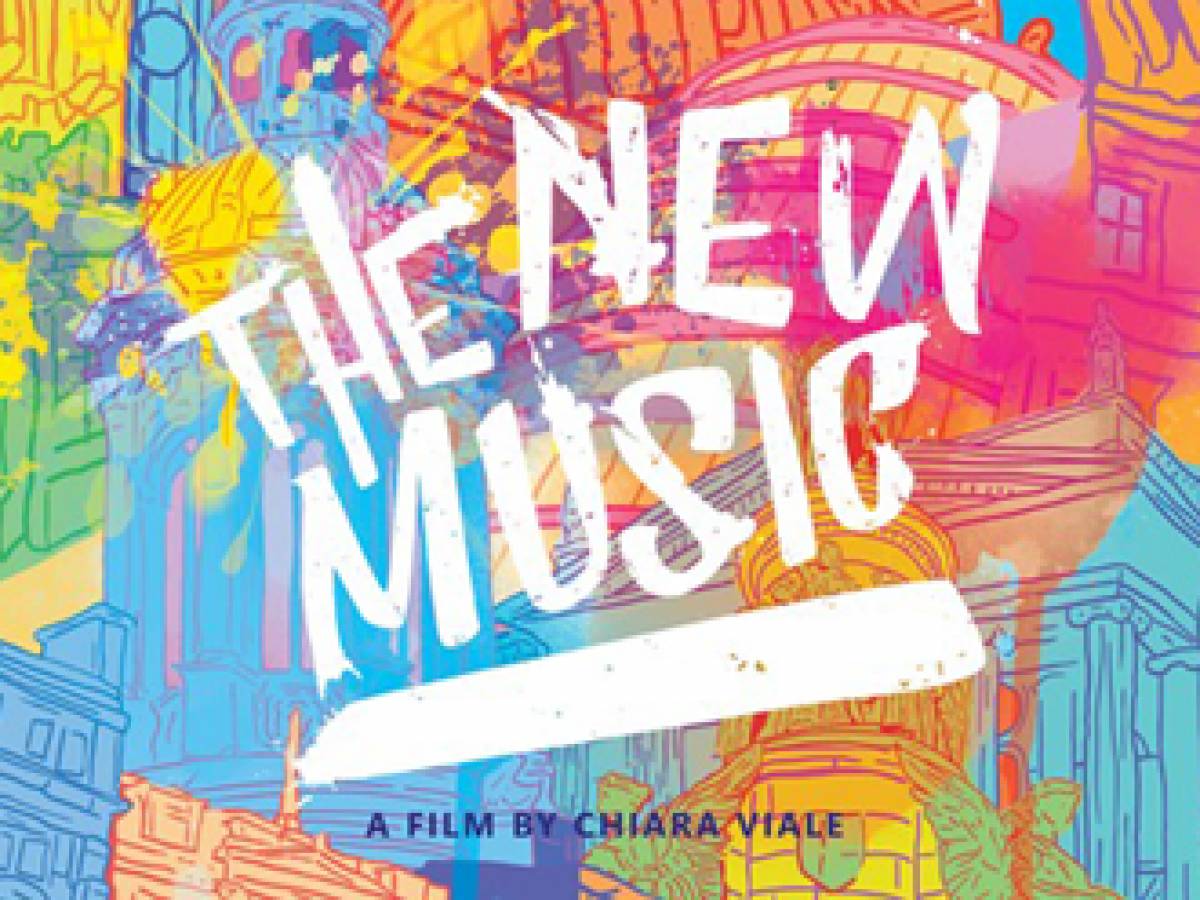 Determined to raise awareness about young-onset Parkinson’s, Dublin-based film writer and director Chiara Viale created The New Music. The movie follows a classical pianist with young onset Parkinson’s who joins a punk band, and learns to embrace his new situation.

Chiara tells the EPDA about how the film made it to the big screen, and the support it has received from the Parkinson’s community.

What is the film The New Music about?

“The concept behind The New Music was essentially: a musician is diagnosed with a physical condition that affects his ability to play, taking music away from him. How would he react to it? I then did some research and I found out about young-onset Parkinson's (YOPD).

“Just as so many other people, I was not aware that Parkinson's could affect young people and I was surprised and upset that so little was known about it. My way of writing is usually very fluid, and my first drafts are heavily emotion-based, so at first, I explored this concept.

“The main elements I wanted to explore were how a condition such as young-onset Parkinson's can affect our way of life, our relationship with ourselves and others, and how can we remain ourselves while embracing this new part of us, and how we move forward.

“Adrian, the protagonist of The New Music, is a gifted classical musician. When his music is taken away from him, he feels like he's left with nothing. This is where his relationship with Will, Jodie and David (the punk band 'The Cellmates' that he meets at the beginning of the story), comes into the picture.

“Their music, punk, is different, it's the music of imperfection, the music of passion over technique, of strong messages and vitality. Punk welcomes change, challenges, living in the moment and making the best of what we have.

“Through his journey in The New Music, Adrian discovers a new part of himself: his journey is not about forgetting the past, but incorporating all parts of who is he is now.”

Through his journey in The New Music, Adrian discovers a new part of himself: his journey is not about forgetting the past, but incorporating all parts of who is he is now

When you spoke to Parkinson’s Life in 2018, you had launched a GoFundMe crowdfunding campaign to help complete the film. How important was it to the film being completed?

“This campaign has been very important to us not only because it raised funds, but because it helped create a network of contacts and friends, making us feel supported and encouraged in the making of the film.

“We also donated 20% of the funds raised from the campaign to Young Parkinson’s Ireland (YPI): supporting YPI has been our focus since the beginning and we are delighted to have been able to make this a reality while still in the making of the film.

“The campaign contributed to the positive energy and solidarity that surrounded us while making The New Music and I wish to thank with all my heart the people that helped us throughout this process.”

When was the film completed, and what other factors played a part?

“The film was completed in August 2019 and it had its world premiere at the IndieCork Film Festival in Ireland in October, where it won the Spirit Of IndieCork Award. This helped it gain distribution, with the film to be launched into the world markets in early 2020.”

“In March 2019 we organised a pub quiz in Dublin which was very successful and helped us raise more funds; it was also a chance to touch base with many people who were supporting the film. This gave us a huge burst of energy and enthusiasm in the last phases of post-production.

“Throughout the making of The New Music, we have been able to count on fantastic people who decided to lend their talents and expertise to help us see this film through. This project started as a very small idea and we would be nowhere without the hard work of our cast and crew, as well as the incredible support from people in Ireland and all over the world.

“Every person who has encouraged us, gave us a hand or a piece of advice has played a significant role in the completion of The New Music, including family, friends and everyone we met along the way.”

Throughout the making of The New Music, we have been able to count on fantastic people who decided to lend their talents and expertise to help us see this film through. This project started as a very small idea and we would be nowhere without the hard work of our cast and crew

How did you come to make the film?

“Creating stories has always been my passion and I spent much of my childhood and teenage years writing. But I didn't make a proper connection between my writing and filmmaking until, after graduating in Foreign Languages and Literature in Milan, I moved to Ireland.

“When I arrived in Dublin, I joined the Dublin Filmmakers Collective, a group that organises filmmaking challenges and encourages people to create short films. I experienced directing a film for the first time and turning my stories into screenplays. I went on to study screenwriting and began directing and producing my first independent short films. I started using the screenplay language to write my stories, and this is how The New Music was born.

“Initially a 20-page short film, I expanded this story into a feature film when Philip Kidd (producer, cinematographer and editor of The New Music) and I started to work together.”

How were Young Parkinson's Ireland involved in making the film?

“My relationship with YPI started right after I completed the first draft of the screenplay. Philip and I decided to develop this film as non-profit and that once The New Music was completed, all profits would be donated to YPI.

“I got in touch with YPI about our intentions and that was the start of an amazing relationship.

“Members of YPI read and approved the screenplay, supported us with materials and information and were involved as we edited the film, to ensure our portrayal of Parkinson’s was always accurate. Their support has been vital to the completion of The New Music.”

What did you hope the film would achieve?

“The aim of The New Music is to spread awareness about young-onset Parkinson's, so we always hoped for it to travel as far and wide as possible, encouraging conversation and connections.

“We also hoped for it to be a showcase of all the talents that came on board in the making of the film.

“Our premiere at IndieCork has been very successful and Cineuropa has reviewed The New Music as: ‘a brave work, a little independent film with a big heart’.

“More recently, The New Music had a very successful Dublin premiere at the Irish Film Institute and was followed by a Q&A with myself and Gary Boyle from Young Parkinson’s Ireland.

“Our first international screening was at the Chicago Irish Film festival in February 2020 where we had the amazing chance to bring the film overseas for its US premiere.

“The New Music has recently been acquired by SMP Distribution and we hope for this to be only the start of a long, successful journey”. “In June 2017, Chiara Viale contacted Cathy Pollard and Clare Connolly from the YPI committee about the film. Chiara sent on the script to Clare and other members of the committee. Following a review of the script, the feedback was that YPI should embrace the film, as it would promote the YPI and help raise awareness of young-onset Parkinson’s. YPI members were involved in the journey and provided regular feedback at different stages of the film-making process.

“I saw the film at the premiere at the Indie Festival in Cork, which was excellent.

“From the way Adrian reacts to being told by the neurologist, and his denial of the condition, to finding acceptance, and the lack of service and support; it really reflects the real world for people living with YOPD.

“The New Music is an excellent example of what goodwill, kindness and a GoFundMe page can do.”

David Sangster, pianist and composer, composed the score for The New Music

“Browsing through the ‘#parkinsons’ tweets, I stumbled upon The New Music. At the time they were close to the end of filming and were ready for the post-production stage. I initially contacted the crew offering my support to raise awareness of the film but they had seen online that I played the piano and wondered if I would be interested in composing original music for the film. My response was an immediate ‘yes’, mainly because the lead character Adrian is a young man in his late 20s diagnosed with Parkinson’s, who happens to be a concert pianist. My experience of younger-onset Parkinson’s is all too familiar, having lived with a diagnosis of the condition since 2011.

“When I started the process, my experience of composing film scores was zero! Although I had composed music here and there for most of my life, to be asked to compose and later record music for the film was a dream come true but also a big challenge – not so much because of the music but due more to my worsening Parkinson’s symptoms.

I enjoyed every stage of the process, coming up with a number of original pieces for the film. My inspiration for each piece came from watching an early version of the film and from my own experiences and feelings – particularly with the many struggles that Parkinson’s brings.

“I think the film portrays quite accurately the initial ‘hidden symptoms’ of Parkinson’s. When we first meet Adrian, you learn how he is suffering from the typical symptoms of slight tremor, rigidity and slowness of movement. However, in one scene, I composed a piece of music called ‘reflections’ as we see the character going through a very difficult time, isolated from his new roommates, thinking deeply about what he has seemingly lost – his ability to play piano.

“The New Music is about what happens when your life is changed in a way that cannot be undone. How you can, if you really try, find a way to find light in the darkness. Life goes on in a way you never imagined – but it does go on.”

The EPDA is sharing this article for information purposes only; it does not represent the EPDA’s views and is not an endorsement by the EPDA of any particular treatments, therapies or products.