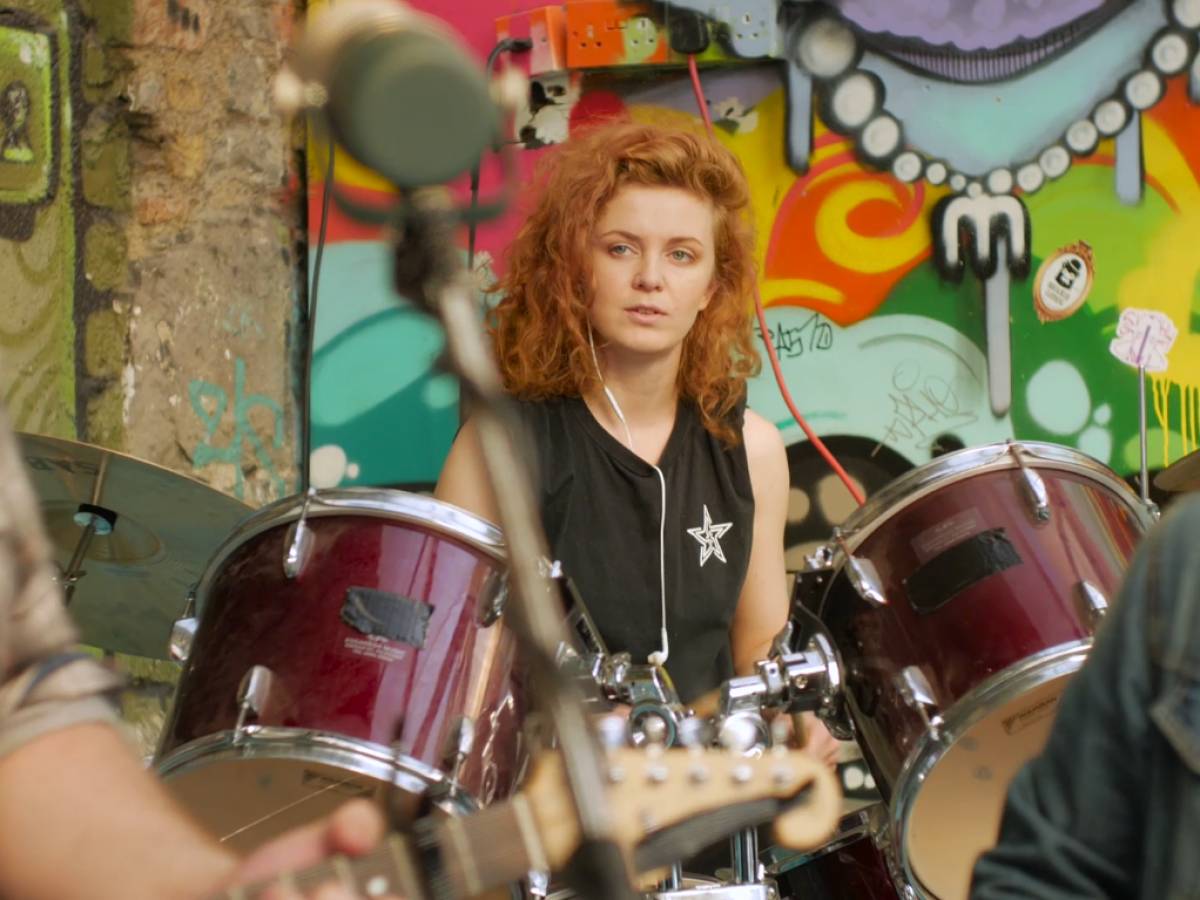 Time to get ready to rock with The New Music – a foot-stomping Irish musical-drama with a big heart and a punk ethos. This heart-warming feature has just been released on Irish and UK digital streaming services courtesy of 101 Films and it's the perfect weekend watch!

When talented classical pianist Adrian (Cilléin McEvoy) is diagnosed with Young Onset Parkinson’s Disease, his world falls apart.  Afraid of the health implications and failing his family, Adrian runs away from home – destination Dublin.  Finding a room in a shared apartment he meets Will (Jack Fenton), David (Patrick O’Brien) and Jodie (Martina Babisova) aka ‘The Cellmates’ – a rebellious punk band who practice what they preach.  As a bond forms with his new-found friends, the band’s rock‘n’roll lifestyle and raucous music provide a lively distraction from his troubles.

The Cellmates are anything but uptight – will Adrian struggle to adjust, or can he find freedom in their chaos?

Directed by Chiara Viale (Clown, Be Frank, The Plait) in her feature debut; Chiara was inspired to write the story following her father’s death after having suffered from Multiple System Atrophy – a rare degenerative neurological disorder with symptoms similar to Parkinson’s.  The film is supported by Young Parkinson’s Ireland and aims to dispel the stigma and shine a light on this rare condition.

The New Music is now streaming on Amazon Prime, Apple TV, Sky Store and Chili and you can find all the links on the films website here