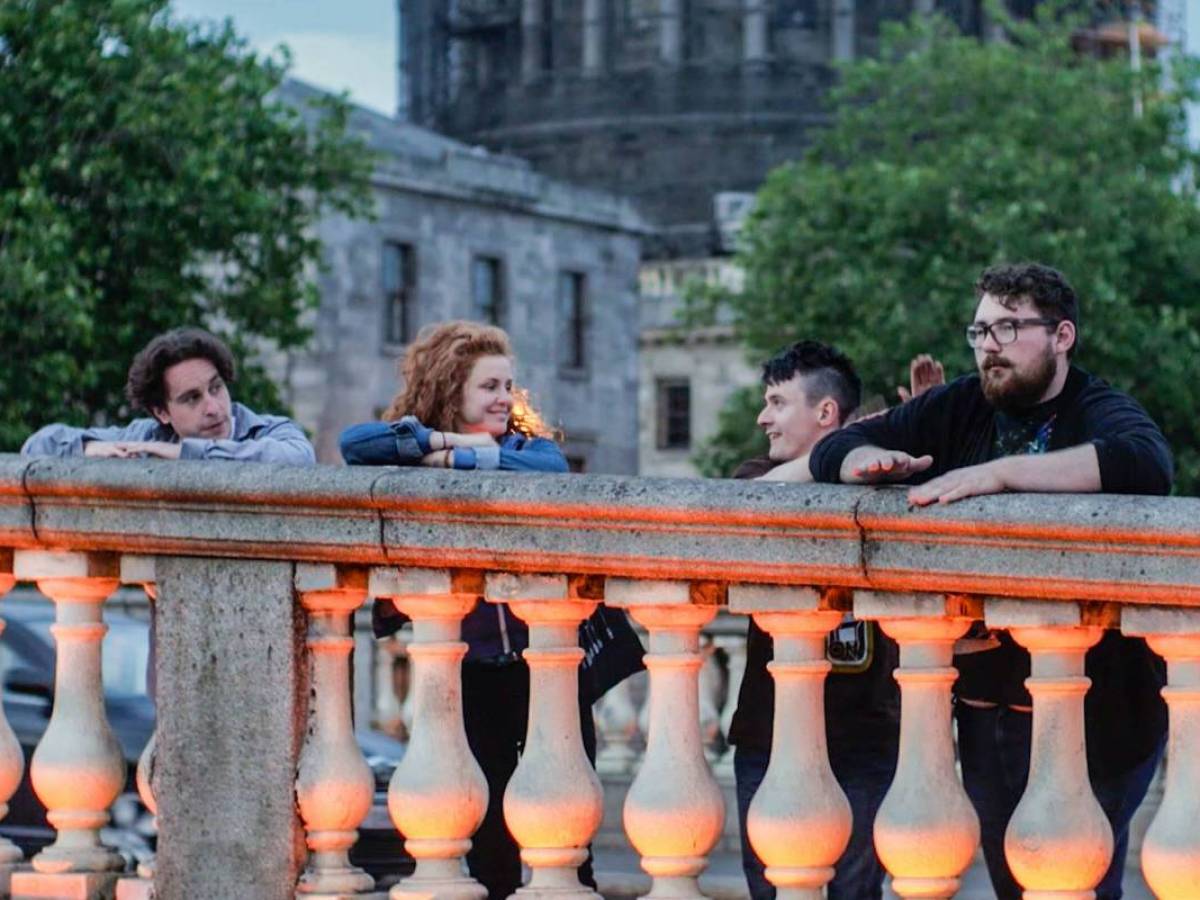 Silver Mountain Distribution has announced the sale of all UK and Ireland rights of The New Music to 101 Films.

Director Chiara Viale’s debut feature was produced by Philip Kidd and discovered by Silver Mountain at the IndieCork Film Festival, where it won The Spirit of IndieCork Award. The New Music was also selected for the 2020 Chicago Irish Film Festival and is the Irish entry at the Los Angeles Punk Film Festival.

The film is an apt reminder of how negatives can open the door to positives when you don't let life's obstacles grind you down. The New Music follows the story of a classically trained pianist Adrian (Cilléin Mc Evoy) who has a promising career ahead of him, all to be taken away after a Young Onset Parkinson's disease diagnosis.

He runs away from the control of his up-tight family and finds a room in an apartment in Dublin with punk band members Will (Jack Fenton), David (Patrick O'Brien) and Jodie (Martina Babišová) known as The Cellmates, who are everything but up-tight. He bonds with them as their rebellious and punchy music provides an exciting distraction to his troubles and a sharp contrast to his previous life.

“101 Films are definitely the best Distributor for this inspiring and feel good music film. Chiara Viale has touched on such an important issue which hasn't been widely spoken about up until recent years; living with a disability and how a diagnosis can turn your life upside down, especially as a young person. Films like this are so needed as they spread awareness about these stories and what is especially wonderful about this film is that it does exactly that alongside a charming story line and some great music!"

The deal was negotiated by 101 Films Director of Acquisitions Steve Davey who added:

“101 Films is delighted to be working with Carey at Silver Mountain again, having worked together on ‘Kat and the Band’. We feel that The New Music is exactly what people will want to watch after such a challenging time in 2020. With such positive messages of friendship, confronting and overcoming life’s many obstacles, and great music, we are looking forward to sharing this warm and heartfelt film when we release it in Q1 2021. We also look forward to working with director Chiara Viale, and her team, to spread the word and get the film seen by the widest possible audience”.

The New Music was made with the support of Young Parkinson's Ireland.